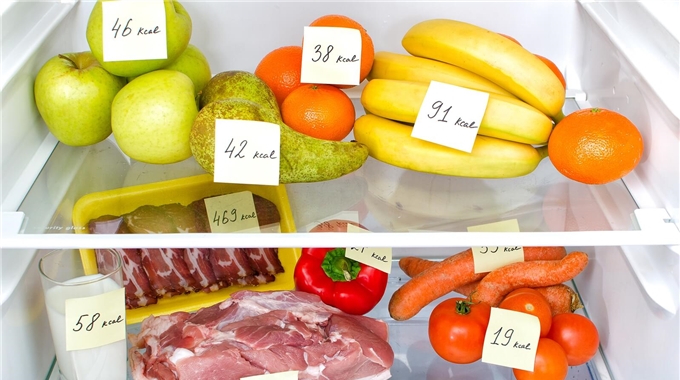 It’s not as easy as you think, especially if you want to achieve a meaningful result.

Today, everyone creates meal plans, for themselves or create diets for others, taking into account so called “calorific values”. These “nerds” count caloriс intake from food and their expenditure from physical exercise, and they naively believe that the final number makes sense. It is not a surprise that many victims of such calculations enthusiastically run on a treadmill to “burn” a chocolate eaten an hour ago. Gullibility of a client and ignorance of a fitness-instructor is a norm in our lives today.

Honestly, I would prohibit counting calories as it just doesn’t make sense to do it. However, let’s show people how to avoid basic mistakes because they will continue using this silly method regardless.

Information about caloric values of a product seen on the label doesn’t contain any valuable information. Firstly, it’s important to understand that the real caloric value depends on how a product is prepared and on the energy consumed during its digestion. And, no, that’s not all, but this is the minimum knowledge needed that the fanatics of counting calories must take into account.

Metabolism of food is hugely dependent on its preparation method. It doesn’t, however, depend on one factor only. Another factor is microbiota, which is responsible for food absorption; it lives inside every person, and it is impossible to predict its condition on any given day, because there are too many individual variables. If we tried to predict it, the result would be very general and with many mistakes. Now it is important to distinguish between a raw product that has a certain energy consumption ration and a cooked product that has the same caloric value, as the result for our body will be completely different! Energy absorption and, most importantly—the reaction of our body to this energy, will dictate whether we will gain or lose weight, and therefore the abstract caloric values have nothing to do with it.

One has to be a somewhat uninformed person to declare that “100 calories are still the 100 calories.” To prove a point, a chair that I am sitting on has a caloric value of 800 kilocalories, so what? Will I gain or lose weight if I eat only chairs? And it is not a rhetorical question. Both a raw apple and the same apple in a smoothie have the same caloric value, but while the former won’t cause any troubles, the latter will transform into fat in the belly’s adipocytes—isn’t this difference important to you?

In 2011 Rachel Carmody & Richard Wrangham from Harvard published an article in a journal PNAS, which claimed that heating food considerably increased its caloric value. Not long ago, in October 2018 in the American Journal of Physical Anthropology, research showed the difference between absorption of protein, fats and carbohydrates depending on the type of cooking method. You are going to laugh after you realise how dramatically the real caloric value of protein, fats and carbs differs from what you see on its label. But did you take this into account while calculating a products’ caloric intake? I doubt it, because it is practically impossible to do so, due to the chance of human error being way too high.

For example, let’s consider starch: it provides half of all calories consumed by a contemporary man. If we eat it uncooked, approximately half of its granules won’t be digested. Only if it is eaten by bacteria, the energy will be consumed. If starch is digested, its particles will be more likely to be broken down into glucose, which can be easily absorbed from intestines into blood. And that’s only the beginning of our adventures. If cooked starch cools down, it will crystallise and become a residue, and it will be unlikely for digestive juices to break it down. So, starchy calories from cooked, but cooled will be digested with more difficulty. The same happens with cold leftovers from yesterday: even if you warm up the food cooked yesterday, its real caloric value will be a surprise for you!

On the other hand, have you ever considered the texture of food? Be honest! Really? I don’t believe you. The type of cooking method has a huge impact on the caloric value, the looks of prepared food, its texture, whether it is hard or soft, semiliquid, etc.; and it has been proven by the Japanese scientists in 2003. A piece of steak with the same caloric value as a meat ball will actually burn a few calories, but the meat ball with the same quantity of meat will help fat accumulation. This probability is 40% higher, are you surprised? Are you still obsessed with the caloric value?

I am sure, you might already have guessed that the caloric value on a label has little to do with reality. However, knowing this fact doesn’t really help us, because it is extremely hard to calculate the amount of energy you can get from a product, as there are too many factors to consider—the food preparation method is just one of them. That’s why professional dieticians claim that a diet of 1200 calories is fiction removed from real life. So don’t be naive thinking you can lose weight staying on this diet, because one could quickly die from it. Moreover, it is the silliest thing of all to even try calculating the expenditure of calories. You can’t possibly calculate the expenditure of calories on your own.

If you have a lot of spare time and you really want to count calories, you will be better off going to sleep. It has been proven that sleeping naked with a window open and not covering yourself can help you lose weight. It works, no kidding.