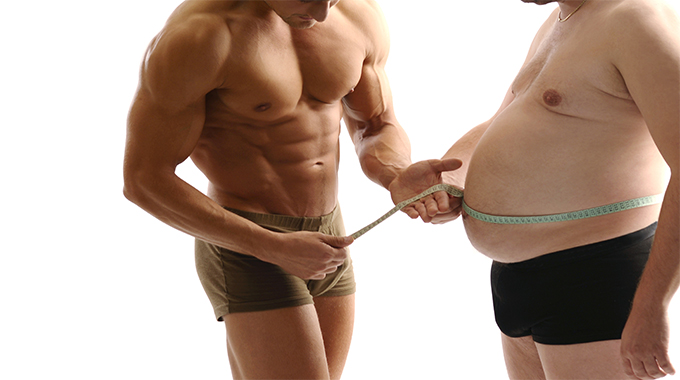 Having listened to the lectures of fitness bunnies on the Internet, we can conclude that the success of the “slimming” business is a reality. Having listened to real clients of real fitness clubs, you start doubting it…

However, I will start by sharing in my opinion, an evil thought. I want to ask you from the depths of my heart: why do you want to lose weight anyway?

I’m serious, why? For better health? Does excess weight induce heart problems? Does belly fat injects the bloodstream with poisonous cholesterol? It was proven a long time ago that real problems caused by obesity occur only when excess fat is very high. A normal “ample” woman doesn’t risk anything; there is no correlation between excessive weight and cardiovascular diseases. “Bad” cholesterol simply doesn’t exist, all cholesterol is useful. A blood vessel gets clogged with cholesterol not because it is bad, but because of completely different reasons, and it happens with fitness bunnies as easily as with chubby plumps. So, why lose weight?

Well, if you really want to, then… first of all, we will have to get rid of all sorts of advertisement gibberish. So, what are we left with? A weight loss miracle: is it accessible for an average person?

Unfortunately, the universal and brutal advice to “eat less”, or a wonderfully-exclamatory slogan, “More physical activity!” doesn’t always help. Diets, magical herbs, exotic massages, etc. don’t do the trick either. And the advice “repeat after me” doesn’t always work.

So, who is to blame and what shall we do?!

We have already figured out that evil hormones are guilty of everything: they start various processes that ultimately force fat to enter the depot. We also know that other (“friendly”) hormones release disgusting fat from the storage then they kick this fat into the furnace, into mitochondria which burn it viciously.

We link the result of losing weight with what is visible to us: being on a diet, fasting, and doing physical activity. On the surface, it seems that we really store or burn “calories.” But in reality, very different processes take place. We don’t see or feel them, but they affect us.

That’s why educated people don’t count calories, but rather they track the glycemic index of a product. That’s why successful people don’t starve: they eat normally, and they combine products rationally and carefully. Physical activity is needed but not any type, just the effective variations.

So, hormones and again hormones… an incorrect combination of products lead to an inadequate hormonal response. Using the incorrect physical load won’t cause the secretion of necessary hormones. Calories also have nothing to do with it, physical activity as such is not effective. Hormones rule everything.

What should our course of action be?

Maybe it’s better to give up on nutrition plans and physical activity and simply inject the right hormone to lose weight while sitting on a couch?

You won’t believe it but strictly speaking, it works. It has been proven that the injection of testosterone “burns” deposited fat and builds muscles readily without any physical load. Yes, it is true. A different story is how to make it a reality without becoming a castrate? If you had to ask yourself a question of whether to stay chubby with low libido or become a skinny impotent person, what would you choose? I reckon you would choose to become a muscular sex God, but testosterone injections won’t give you that. You would have to work hard…

Roughly speaking, the idea can be expressed in the following way: the accumulation of new fat is regulated by having the “correct” diet, and elimination of already accumulated fat regulated by having the “correct” load. Having the correct diet and exercise induce secretion of the necessary hormones at the right time and prevents the release of unnecessary hormones at the wrong time.

Nutrition is a different topic and we will talk about it later. Now let’s talk about exercise.

Judging so-called “cardio” training as ineffective would be incorrect. We know that cardio doesn’t develop our heart, nor does it change lung capacity, but how does it affect fat? Cardio has an effect not only while jogging or walking, but also while running and sprinting. So “running for health benefits” is nonsense, but running (or walking, which is even better) to lose weight makes more sense, although there are hidden costs.

First of all, some people think that they will achieve better results if they run in a thermo suit, weight-loss belt or wrapped in plastic. I can follow your train of thought, but I don’t really want to discuss the effectiveness of these ridiculous methods. Sweating to lose weight is an idea more ridiculous than an alcohol-based diet.

Second of all, some people think that fat won’t burn unless glycogen burns, that’s why it’s necessary to “run” more than an hour non-stop. It’s not entirely true. This mechanism, in general, works similarly to other mechanisms. That’s not the point though. The point is, fat doesn’t “burn” in a “depot”— only fat in the working muscle is burning. In other words, you can burn several grams of fat in the quad and biceps after an hour-long gruelling run, but your belly and thighs won’t be affected. Neither your legs nor waist will become slimmer by doing this. This gives us an answer to the question, “What to do first: cardio or resistance training?” Well, it doesn’t really matter what comes first. There are of course some minor differences, but they are insignificant regarding losing weight. Either way, we are talking about small amounts of fat stored in places that we are not interested in. 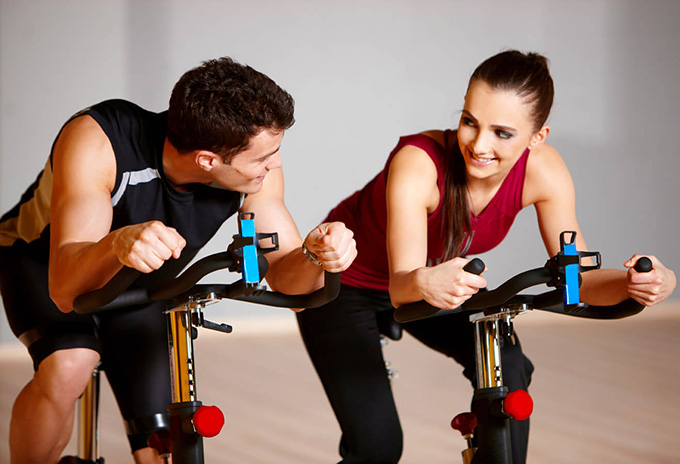 Strictly speaking, if you rest after a strenuous run, soon enough fat will begin to accumulate in your legs again (it will arrive from a depot only if you didn’t eat a sandwich while resting), and then you can run again to burn fat. However, if you are desperate for results, you will have to repeat this procedure over and over again without any rest, day after day, although even a marathon runner is not able to do it. However, there is another way.

Oh, by the way, I almost forgot to mention that working abs to burn belly fat is as silly as hanging on a chin-up bar to become taller. But shall we come back to this “slimming” business?

You can exercise in such an artful way that nothing will happen with fat during the movement. However, later at night or the next day or during the next two days after the exercise, necessary hormones will be secreted and they will be dragging fat from a depot and burn, burn, burn it in the mitochondria of all working muscles. What kind of magical exercise is it? It is just sit-ups and pull-ups with free weights. A bar, ladies and gentlements, a banal and brutal bar is as effective as a liver punch.

Tabata. Not only tabata, any combination of exercise similar to the Tabata Protocol. Japanese professor Izumi Tabata worked with speed skaters together with Irisawa Koichi, the coach of Japanese Olympic team. Then, in 1996, they developed a method of high intensity interval training (HIIT) that was effective for athletes. 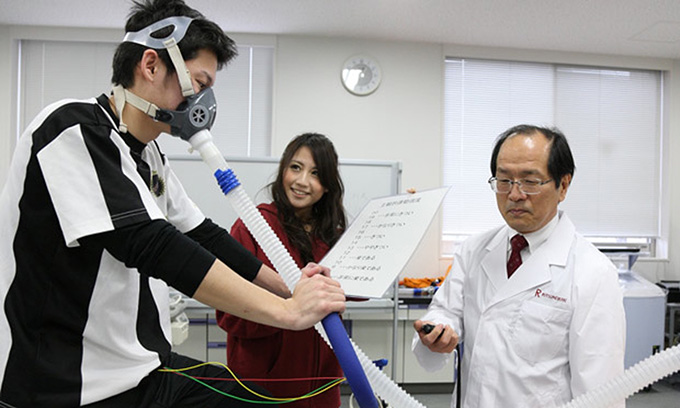 Then Tabata took quite average and boring exercises for housewives and, having preserved the essence of these exercises, he changed their form. He achieved wonderful results — the “tabata” system really works simply because this combination of exercise provokes a hormonal response necessary for burning fat. In 2013 Dr Tabata together with the company Universal Pictures licensed the training method “Tabata”, the essence of which is a combination of 20 seconds of intensive exercise with 10 seconds rest.

I don’t know. Everything else is either redundant or nonsensical.

1.    Getting rid of fat accumulated in a fat depot on the belly and thighs is a chemical task rather than a physiological one. Unless necessary hormones transform fat, push it out from adipocytes, and squeeze it into mitochondria, fat won’t burn.
2.    Overworking yourself to lose weight might be a possible solution: jogging long distances and starving yourself will work sooner or later. The only problem is that losing weight in such a way will lead to obesity, and hours of ineffective jogging can be easily replaced with a couple of minutes of highly effective sit-ups. It is worth thinking about it if you want to optimise your work.
3.    Training protocols like “tabata” or in other words HIIT (high intensity interval training) really work. Yes, they are effective, but unfortunately they stress the client out and not every couch potato can overcome tiredness and make himself/herself work to achieve the necessary results.
4.    What you eat is important, but this is a different topic.

The most important point, if your body has a hormonal imbalance, no diet or workout will help. If you want to get rid of fat, you have to start with a visit to an endocrinologist!